The European debt crisis can easily feel like an unwieldy, unmanageable mess of complex jargon and financial terms. Here’s Wonkblog’s explanation of what’s happening across the Atlantic Ocean with the help of eight key graphs:

The place to start with the European debt crisis is, well, with European debt. Put simply, the crisis in the euro zone is that the market doesn’t trust that Greece, Italy, Spain, Ireland and Portugal can pay back their debts, and so they don’t want to lend them more money except at exorbitant rates.

But to understand how Europe got into this mess, how countries like Greece managed to borrow so much money that they couldn’t pay it all back, you need to see this graph from the Organization for Economic Development and Cooperation (OECD). On the right side, you’re seeing the story everyone already knows: The market is charging Southern European countries a lot to borrow. But look at the left side. As recently as 2008, the market was lending to Greece and Germany at pretty much the exact same price. The assumption was that the euro could never break up, and thus everyone in it was as safe a bet as the safest, biggest economy on the euro: Germany.

This allowed some countries to rack up a whole lot of debt. Greece, for instance, now holds more in debt than its entire economy produces. This graph, drawn from European Central Bank data, shows how much more debt European countries are carrying than they did a decade ago. The green bars show countries’ debt-to-GDP ratios in 2000; the blue lines are 2010:

That’s the debtor side of the story. But that debt came from somewhere, and the payments on it are going to someone — or, if they stop, someone’s balance sheet is falling apart. Which brings up to the other side of this crisis. The creditor side.

This is where the easy morality tale — Germany and France were responsible, Greece and Italy weren’t — falls apart. A lot of the debt powering, say, Greece, came from German and French banks, and one of their interests in this whole mess is to make sure that a lot of that debt gets paid back. Otherwise, their banks are insolvent and they’re in a financial crisis.

There’s also the issue of currency appreciation. Germany has had, in certain ways, a very good, and very unusual, decade. Unlike almost every other advanced economy on Earth, it has seen its manufacturing sector boom. Typically, as a developed country becomes more productive and its exports become more popular, its currency appreciates, which makes its exports more expensive, and less popular. Conversely, when weaker countries see their economies fall apart, their currency depreciates, and that makes their exports cheaper and helps them recover.

But Germany’s currency hasn’t appreciated very much, because it’s tied to the euro, which is dragged down by the weak economies in southern Europe. And the southern European countries haven’t seen their currency depreciate very much, because they’re tied to the euro, which is propped up by stronger economies like Germany. The net result has been a big, artificial boost for Germany’s export sector, and a big obstacle to recover for much of the rest of Europe.

As Floyd Norris wrote at the New York Times, “German competitiveness against the rest of the world was probably helped by the fact that the relatively poor performance of other members of the euro zone held down the appreciation of the euro against other currencies.” And vice versa, of course. Here’s the graph Norris drew up:

But whoever is at fault, the bottom line is that the euro is in deep, deep trouble. And the worse it gets, the worse it will be for us. As Brad wrote on Tuesday, the European and American economies’ fates have become increasingly intertwined for a number of reasons. When one tanks, so does the other:

So what can be done? There are basically two components to any solution. One is that the European Central Bank acts as the so-called “lender of last resort.” That is to say, it basically buys as many European government bonds as the system needs it to buy in order to keep bond yields stable. This is, in essence, what the Federal Reserve did for the financial system in 2008. Ben Bernanke lent out as much money as the system needed in order to get through the crisis.

This chart from Bloomberg News shows what that looked like in the case of one bank: Morgan Stanley. The black line is Morgan Stanley’s market capitalization. The orange line is what it owes the Fed on any given day. And the red line is the ratio of the two. As you can see, there was a day in October 2008 when Morgan Stanley owed the Fed more than 750 percent what it was worth. That’s what lender of last resort looks like. That’s what the ECB isn’t doing.

Without that sort of intervention, the euro zone simply won’t survive. And so far, the ECB has said that sort of intervention isn’t in its job description. They’ve said it isn’t even legal for them to undertake it. But they have strongly hinted that they would forget about all that if the euro zone would create a new agreement, a so-called fiscal union in which there are strict controls on the deficits individual countries can run and real enforcement mechanisms that can be used to punish countries that don’t abide by the rules.

That’s a tough lift. Another option is that some of the weak euro zone countries, like Greece and Portugal, leave. Or maybe some of the strong countries, like France and Germany, form a super euro. Or maybe the whole thing collapses. Gavyn Davies has a flow chart of the various options, and it’s our final graph: 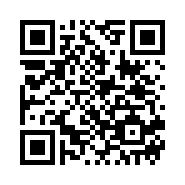