Portuguese interest rates haven’t come down. Because of the Greek crisis, bond yields rose to dangerous levels in several financially troubled European countries. Then after Greece was bailed out, yields fell in most of them. In Italy, yields on bonds with maturities of around 10 years dropped from more than 7.2% to around 5%; in Spain, from 6.7% to 5.4%; and in Ireland, from 9.7% to 6.9%. The notable exception was Portugal, where bond yields came down a bit but still remain above 12%. Double-digit borrowing costs are impossible for a heavily indebted country to sustain for any significant period of time. Yet Portugal’s bond yields have been above 10% for the past nine months.
Portugal’s total debt is greater than that of Greece. In one way, Greece really is unique — the country’s massive debt is largely the result of borrowing by the government rather than by the private sector (corporations and households). By contrast, Portugal, Spain and Ireland have far more private-sector debt. As a result, while government debt in Portugal is less than that of Greece, relative to GDP, total debt (including private-sector debt) is actually greater.
The Portuguese economy is shrinking. Portugal’s economy has been weak ever since the financial crisis began in 2008, and the country has actually been in recession for more than a year. Moreover, last month the Portuguese government projected that the country’s economy would contract by 3.3% in 2012. As Portuguese companies struggle to pay off their own massive debt, it’s hard to imagine that they will be able to help pull the country out of recession.
In the case of Greece, bond yields topped 13% in April 2011, and by September they were above 20% and heading for 35%. Portuguese yields have been above 11.9% for the past four months and have topped 13% several times. If the country follows the same timeline as Greece, Portugal could suffer a serious financial crisis before the end of the year.
There are a number of reasons such an outcome would be serious, despite the relatively small size of Portugal’s economy. First, the European Union has been operating on the assumption that Greece is a unique case, a poor country suffering from rampant tax fraud and an unusually dysfunctional government bureaucracy. If another euro-zone country experiences similar problems — and they occur partly because of private-sector debt rather than government borrowing — then the flaws in the system start looking more general, and the stability of the entire euro zone is called into question.
Moreover, much of the borrowing by Portuguese companies has been financed by Spanish banks. That creates the possibility of a domino effect, whereby a financial squeeze in Portugal leads to a crunch in the Spanish banking sector. Moreover, the debt structure in both Spain and Ireland — with large amounts of private-sector borrowing — is similar to that of Portugal. Germany and the Netherlands are already balking at making further loans to Greece. And although Northern European countries could afford to bail out Portugal, their resources are limited. If a second country goes the way of Greece, several more might well follow.
Source URL: http://business.time.com/2012/03/27/why-portugal-may-be-the-next-greece/ 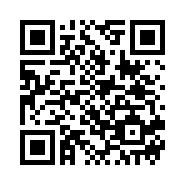