The eurozone's private sector contracted sharply in April and by more than initially thought, a survey says.

The Markit eurozone composite purchasing managers' index (PMI) fell to 46.7 in April from March's 49.2. Any figure below 50 suggests contraction. This is the sharpest fall since October last year, and one of the steepest contractions in almost three years. "Marked declines in new business" and weak manufacturing exports were largely to blame for the falls. Markit said the figures suggested the eurozone economy as a whole contracted at a quarterly rate of 0.5% in April.

Italy saw output from its manufacturing and services sectors hit a three-year low, while Germany, Europe's economic powerhouse, slipped "towards stagnation". The eurozone's services sector PMI dropped to 46.9, down from 49.2 in March, a figure described by Howard Archer from IHS Global Insight as "truly dire".

Markit's chief economist Chris Williamson said business and consumer confidence "appears to have deteriorated markedly across the region since the upturn at the start of the year". "The final PMI came in well below the [initial] estimate. The survey suggests that the economy was contracting at a quarterly rate of around 0.5% in April, extending the downturn into a third successive quarter," he said. "Growth has practically ground to a halt in Germany and France has joined Italy and Spain in seeing a strong rate of economic decline." 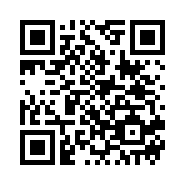